The civic maturity and independence of society are the main factors which determine not only the quality of democracy but also the overall wealth of a country. The studies of the state of Lithuanian civil society that have been conducted until now show that there are serious problems in the development of civil – independent – society in Lithuania. When strengthening society as a political community, it is important to constantly assess its state and development trends as well as to draw the attention of society itself to these factors. Seeking to achieve this objective, in 2007, the Civil Society Institute started making an effort to determine and publish the Civic Empowerment Index on an annual basis. Our hopes are that this index will be helpful in the activities of non-governmental organisations and civic communities, political parties concerned with the strong and independent Lithuanian society, and people responsible for drafting educational programmes.

The society’s civic empowerment is reflected not only in actual activeness but also in potential civic activeness – a decision or determination to act in case an urgent matter arises. We measured potential civic activeness by requesting people to imagine how they would act in hypothetical situations where the whole country faces a serious political, economic or local problem. Furthermore, we have included into the civic activeness index the question about the willingness to participate in elections to the Seimas because in a representative democracy elections are the most important way for citizens to have influence on the government of the state.

The third dimension of civil empowerment is self-assessment of one’s own civic activeness or influence on political decisions; in other words, the perception of the people themselves what power they have in the state. This indicator is one of the most important features marking the soundness of a democratic system. The more influence people feel they have in their own state, the more democratic its political system and the stronger its civil society is. In our survey, we asked respondents not only what influence they personally have in adopting decisions on matters of public concern but also what influence, in their opinion, other ordinary people and public organisations have in this decision-making process. This allowed us to see not only if a person himself or herself feels competent to participate in the decision-making process but also how he or she assesses the openness of the Lithuanian political system, sensitivity of the government towards requests of the general public, and possibilities for an ordinary person or a public organisation to influence the government.

The Civil Society Index is calculated on the basis of data obtained from the survey of a representative sample of the country’s population. Each of the aforementioned dimensions of civil society could be examined using other methods as well, for example, observing civic initiatives, conducting expert surveys, summarising statistical data collected by various state institutions or non-governmental organisations, etc. Information gathered by combining different methods would be more thorough and detailed. However, this kind of survey would demand vast human and financial resources, and it is hardly likely that it could be conducted annually. Meanwhile, our objective was to develop the survey methodology which, first of all, would reliably reveal ongoing changes in the civic empowerment of Lithuanian society, and, on the other hand, would allow repeating the survey every year. Representative population surveys meet these two criteria; therefore, we have chosen this method for the development of the Civic Empowerment Index.

In developing the survey methodology, one of the most complicated issues was combining indicators of the four civil society dimensions described above into a single index – the Civic Empowerment Index – which would show not the idealised but realistically possible level of civic engagement in society. The Civic Empowerment Index was construed in two stages. First, the indicators of each surveyed dimension were consolidated into the indexes of civic activeness, potential civic activeness, conception of civil society’s influence and civic activity risk assessment. Then these indexes were standardised and consolidated into the single Civic Empowerment Index. Let us discuss the criteria applied in developing these indexes in greater detail.

When measuring the potential civic activeness of people, i.e. their determination to engage into an activity in certain situations, the scale of three values revealing different levels of civic engagement was used. In case a certain public problem arises, a person can either organise himself or herself an activity to resolve this problem, or contribute to the activity organised by other people, or to remain aloof. Talking about the attitudes related to voting in elections to the Seimas, some people can have a strong determination to participate or not to participate in these elections, whereas others may be less certain if they are going to participate in elections or not. So, when developing the potential civic activeness index, account was taken not only of the direction of attitudes but also of their intensity level: the highest value of this index shows the willingness of people to start organising a civic activity aimed at resolving the country’s economic, political and local community problems as well as their strong determination to vote in elections to the Seimas, whereas the lowest value of the index means the opposite, that people tend to remain aloof irrespective of what problem their country or community faces and they have a determination not to participate in elections.

For the purpose of developing the index of civic society’s influence, we used the following three indicators: how people assess their own influence in adopting decisions that have an effect on the life of the whole society or of particular groups in society; how they assess the influence of other ordinary citizens in this field; and how they assess the influence of public organisations and movements. In our survey, the scale of 10 points, where 1 means “have no influence” and 10 stands for “have a great influence”, was applied in respect of all the three indicators. Attention should be paid to the fact that a person recognising the significance of participation of ordinary citizens or their organisations in adopting decisions that are important for the whole society or particular groups in society would rarely assess his or her own influence or influence of other citizens by awarding 9 or 10 points; ordinary citizens are not the only players in the political playing ground; therefore, when assessing their empowerment in this field, the role of other players – national and local government institutions and business organisations – should be taken into consideration as well. In turn, the fact that people assess their own or other citizens’ influence only by awarding 3, 4 or 5 points on this scale should not be unambiguously deemed to be the index of civic disability because, compared to those who believe that citizens have no influence in the state when adopting decisions on matters that are of concern to the general public, this assessment shows that people see a certain contribution of ordinary citizens into the government of the state. Due account was taken of these facts when developing the index of civil society’s influence: the initial scale of 10 points was transformed into a 0-5 point scale, where 0 means that people believe that ordinary citizens and their organisations do not have any influence, and 5 means that 6 or more points were awarded to their influence on the 10-point scale.

The last of the four indexes – the index of civic activity risk assessment – shows the percentage of society members who believe that it is hardly likely or totally unlikely that people who actively participate in civic activities could lose their jobs, could be considered weird or suspected by other people that they act for selfish purposes, or that they could be publicly attacked and slandered or receive any life threats. The maximum value of the index shows the belief of individuals that it is totally unlikely that a person who actively participates in civic activities could suffer harm, and the minimum value stands for the opposite belief that it is likely that a person could suffer harm damage in all of the aforementioned aspects as a result of his or her civic activity.

When calculating the Civic Empowerment Index of Lithuania, the data obtained from the surveys of a representative sample of the country’s population are used. The surveys from 2007 was conducted by public opinion polling companies complying with the ESOMAR standard. 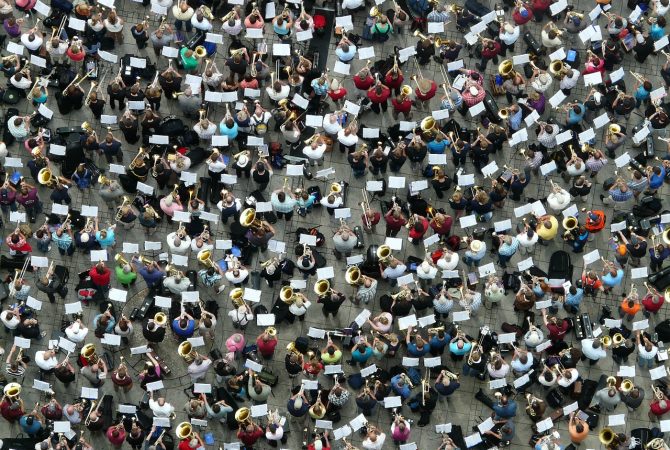